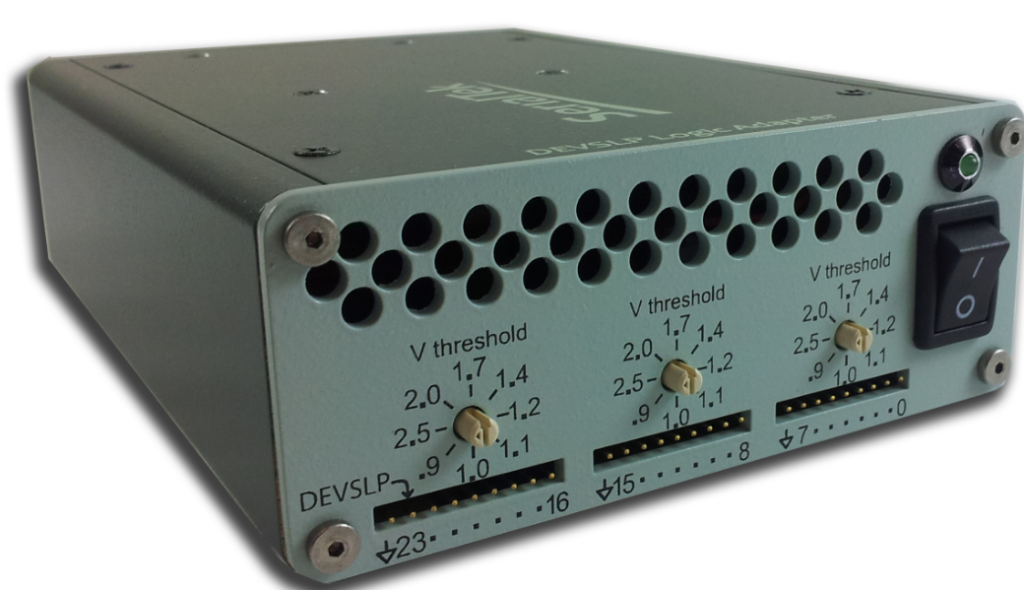 The BusXpert Logic Adapter has built-in support for the SATA DEVSLP (Device Sleep) signal, which is defined in the SATA specification and used to place drives into an extreme low-power state. The DEVSLP signal itself is a slowly rising active-high signal that is assigned to a previously unused pin in the SATA power connector. The BusXpert Logic Adapter assigns input channel 23 to the DEVSLP signal, however users may reassign the signal for their own purposes. Special circuitry ensures that the slow rise of the DEVSLP signal will not cause false triggers.

Contact the Sales team at Serial Cables with any inquiries for SerialTek products at (303)495-2320 or sales@serialcables.com